Your novel, Fated Memories, deals with the issue of time travel. What particular challenges did you face with this twist to your story?

Time travel is a Pandora’s Box of potential problems and issues that need to be addressed. To create a realistic environment required many hours of research. Keeping my characters’ strengths and weaknesses in mind, I tried to see the unfamiliar surroundings through their eyes to better gauge their reactions to them.

How much outlining went into the writing of the first draft?

With a firm grasp of the beginning and the end, I let the middle of the story develop and grow on its own. I threw challenges and adventures at the characters, watching them weather every storm. Unfortunately, my imagination ran wild with it and I wound up deleting nearly a third of the first draft. My mistake taught me that planning form and structure ahead of time would have been a huge stress saver. You live, you learn.

The female protagonists in this novel are strong and outspoken. Did you take any of their characteristics from your own relatives or circle of friends?

Whether born that way or forced by circumstance, nearly all the women I know, including my two daughters, are strong and independent, with dynamic personalities. Those are the same traits I relate to the most in the books I read and the movies I watch. My characters are a conglomeration of all of them with a few quirks of my own thrown in for good measure.

Can you recall what first gave you the idea for this plot?

That’s easy. As I researched my family’s genealogy, I was enthralled to find ancestors who had fought in the Civil War. Imagining the conditions of their family lives, led me to wonder how a contemporary woman would handle being thrown, unprepared, into that life. Taking the challenge further, could she also withstand the hardships the soldiers were subjected to?

What novel do you wish you had written?

I love to read. My favorites are mysteries, spy stories, and anything by Stephen King, although sometimes his endings frustrate me (So it was just a spider after all, really?). But “The Bridges of Madison County” by Robert Waller cultivated my appreciation for fine prose like no other. It is the most beautifully written book I’ve ever read. The words flow with such precision, I have to wonder if some divine intervention took place. That is the mastery I desire.

What are you working on now?

Originally I planned Fated Memories to be a stand-alone novel but, since finishing it, I’ve come up with an idea to make it a series. Perhaps there’ll be new adventures for Maggie and Kitty?

with the scars of a tortured childhood and a shattered romance, Kitty is being forced to resign from the dull, anonymous job she’s been hiding behind. With her life in shambles and her friends moving on without her, she jumps at her cousin, Maggie’s, invitation to visit. However, Maggie’s new boyfriend, Simon, has a secret that accidentally hurls the trio a hundred and fifty years into the past. Trapped in the midst of the bloodiest war in American history, the events that unfold will require more mettle than Kitty’s ever had.

A transplant from the Bronx to San Diego, Joan’s lucky number is four. She has four children, four grandchildren, drinks about four cups of coffee a day, and is now enjoying her fourth career as a novelist. When not planted in front of the computer writing or doing genealogy research, Joan enjoys long walks around the lake, spends time with family and friends and volunteers at the local church. 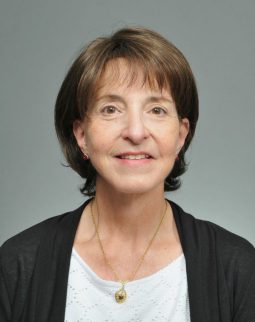